The two-day final stage of the Lithuanian car rally championship “Rally Aukštaitija” ended on Saturday evening in Zarasai. The final competition of the season was really dramatic and transformative. Their winner was revealed only in the last sprint. Also, only in this rally were the last points scored in the fight for the names of Lithuanian rally champions.

The first day of “Rally Aukštaitija” became intriguing from the start of the test speed section. In it, Vaidotas Žala and Andrius Malnieks had an accident and crashed their Škoda Fabia R5. Although at that time it seemed that the crew’s fate and the chance to become Lithuanian champions might hang in the balance, the team’s mechanics quickly restored the car and the duo could start the fight.

But on the second day, everything turned upside down, literally. Vaidotas Žala turned with Andrius Malnieks in the seventh speed section. After this failure, they were forced to lay down their arms both in the fight for the names of the rally winners and the title of Lithuanian rally champions. Then the initiative was taken over by Martynas Samsonas with Ervin Snitkas. However, soon the plot changed drastically and once again. When the steering column of the Ford Fiesta N5+ broke in the ninth stage, Martyns Samson lost control of the car, also spun and retired from the competition.

After this incident new strategies started. After the withdrawal of V. Žala and M. Samsonas, the Ukrainian duet – Valery Gorban and Sergej Larens – could breathe easy. All they had to do was reach the finish line, earn points and secure the titles of Lithuanian car rally champions. The guests did just that – after choosing a conservative tactic, they finished the rally in third place. This was enough for the plan to triumph in this year’s championship to be implemented.

However, the intrigue in the rally remained until the very end, because the crews of Dominykas Butvilas and Renatas Vaitkevičius and Vladas Jurkevičius and Aisvydas Paliukėnas fought for the names of the winners of the rally. Only 0.1 seconds separated them with one sprint left. The winners were revealed after the last ten kilometres. The tandem of D. Butvilas and R. Vaitkevičius was faster in them. In the final line-up, after fourteen stages and 130 combat kilometres, they celebrated the victory by just 1.94 seconds. advantage. Vladas Jurkevičius and Aisvydas Paliukėnas had to recognize the superiority of their rivals and enjoy second-place trophies.

Justas Tamašauskas and Vaidas Šmigelskas celebrated the victory in the competition of the one-axle-driven cars. In the absolute standings, they finished the rally in eighth place. Second in this ranking were Justas Simaška and Titas Simaška. Renaldas Šeinauskas and Darius Leskauskas took third place.

The “Rally Aukštaitija” competition was not only the last stage of the Lithuanian and Latvian Rally Championship but also the stage of the Lithuanian Rally Sprint Championship. The Latvians M. Švarc-Švampans with navigator A. Lūkins were the fastest in it. P. Baltrukėnas and G. Tarasov were just over two and a half minutes behind them. The third position was secured by T. Šmagarys and V. Čiuplys.

A total of 96 tandems started in the “Rally Aukštaitija” competition. Another six duos performed the functions of zero crews. Due to accidents, breakdowns or other problems, 32 crews did not finish the race. 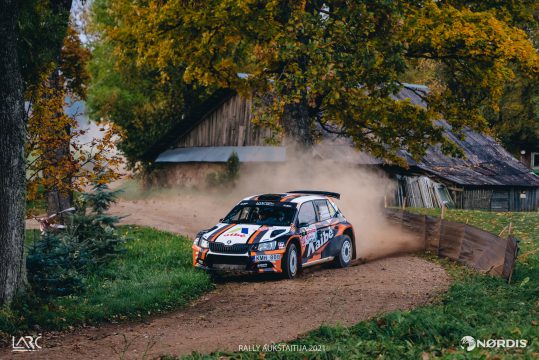 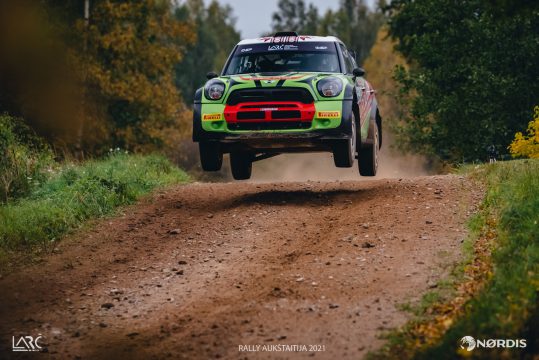 Go to Top
We use cookies on our website to give you the most relevant experience by remembering your preferences and repeat visits. By clicking “Accept All”, you consent to the use of ALL the cookies. However, you may visit "Cookie Settings" to provide a controlled consent.
Cookie SettingsAccept All
Manage consent

This website uses cookies to improve your experience while you navigate through the website. Out of these, the cookies that are categorized as necessary are stored on your browser as they are essential for the working of basic functionalities of the website. We also use third-party cookies that help us analyze and understand how you use this website. These cookies will be stored in your browser only with your consent. You also have the option to opt-out of these cookies. But opting out of some of these cookies may affect your browsing experience.
SAVE & ACCEPT
Return to shop